I had no question in my mind that this was today’s favorite story of the day.

Grub Run Wienerschnitzel: Enter to win lunch for you and up to 24 Coworkers now with Tina and Good Day Contest ends at 10am on 9/22/2014.
http://gooddaysacramento.cbslocal.com/grub-run/

NOW 100.5 Presents the 2nd annual “Breast Concert Ever” with performances from O.A.R. and Andy Grammer. It happens on Monday, September 29 at Ace Of Spades. A portion of the proceeds from this all-ages show benefit Cure Breast Cancer, Inc.
Tickets are on now on sale. Click on the link for details!
https://www.facebook.com/events/1515204575379759/
http://aceofspades.queueapp.com/events/4228
http://now100fm.cbslocal.com/
http://www.facebook.com/Now1005FM
http://twitter.com/#!/now1005fm

A Message from Tina Macuha:
To all of my fellow Breast Cancer Survivors! Albie Aware Breast Cancer Foundation needs 200 breast cancer survivors to participate in forming a synchronized human pink ribbon during halftime at the Sacramento Kings preseason game on Tuesday, October 7, 2014! Albie Aware is the beneficiary of the Sacramento Kings Breast Cancer Awareness night called “Pink in the Paint.” If you’re interested, read on…  Here is what you will need to agree to into order to participate: · Arrive at Sleep Train Arena at 5 p.m. on Tuesday, Oct 7 and remain until after the halftime show · Participate in a rehearsal at Sleep Train Arena – most likely on Sunday, Oct. 5 in the afternoon (Confirmation on Friday). No charge for parking for rehearsal.  As a participant you will need to: · Purchase a ticket to the game- at a very discounted rate of $13 by October 1. · Pay $10 per car for parking day of the game (Carpooling with other survivors recommended) · Agree to wear t-shirt provided by an event sponsor during the half-time show  If you are interested, email Karen at kpenfold@albieaware.org  soon! Tina 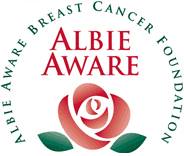 Shooting in Stockton along I-5

Good Day Sacramento:
430/5am:
Show Us Yours: WCW woman crush

#QuestionOfTheDay: Where did you love to go when you were a kid?

5am Club Member of the Day: Barbie Balboa.
http://gooddaysacramento.cbslocal.com/video/10592880-5-am-club-member-of-the-day/

Marianne’s Daily List: According to Britain’s The Daily Mail, the skincare brand sanctuary spa recently surveyed British women and asked which compliment they’d rather get: “you look young,” or “you look thin.” Guess what? They’d rather look young. Many things age us, besides time — including food!
3 FOODS YOU’RE EATING THAT MAKE YOU LOOK OLDER. Sugar. Fried food. Alcohol
http://living.msn.com/food-drink/food-news/5-things-youre-eating-that-make-you-look-older
http://gooddaysacramento.cbslocal.com/video/10592897-the-daily-list/

430/5am Recap:
Cody found a phosphor (Spelling) It’s a school of stuff under the sea. Ken found a Salinas man in the Guinness book of World Record for longest tongue. The 5am Club Member was introduced. In News of the weird a Washington State city is fighting against body odor and Denver held a pot job fair. Marianne’s Daily list talked about 3 food aging you including sugar and fried food. Today’s Question was Where did you like to go as a kid. Today’s Show us yours was Woman Crush Wednesday.

6am:
Sacramento Republic FC
It’s an exciting week for Sac Republic FC! The MLS will be in Sacramento tomorrow to see if Sac is a viable city for a major league soccer team. And this Saturday, they have a semi-finals playoffs match against the La Galaxy 2. There have been more sold out games than we can count, but we still need to show the MLS Sacramento was #BuilltForMLS.
http://www.sacrepublicfc.com/
https://www.facebook.com/SacRepublicFC
https://twitter.com/SacRepublicFC
http://gooddaysacramento.cbslocal.com/video/10592982-sac-republic-meets-mls/

Marianne’s Daily Joe: British company launches a Podtel a Hotel for 1. Best Dog EVER? One raises his paw to that answer. Kobiashi takes on a hamster in Eating Hot Dogs.
http://gooddaysacramento.cbslocal.com/video/10592992-the-daily-joe/

6am Recap:
Viewer Shannon Terry and her daughters won a trip to visit the studio. Julissa was talking Sac Republic FC and all you can buy before their playoff game Saturday and to show MLS officials we want a Professional team. Marianne’s Daily Joe showed Kobashi eating hot dogs against a hamster and a dog showing he’s the best ever with the raise of his hands.

Mark: Smokehouse Kids
FIRE!!!! You wake up, your house is in flames, and there’s no safe exit in site. Would you know what to do? Would your kids know what to do? Today Mark was at the SAFETYVILLE with some trained kids that will teach us all the right and wrong things to do!
http://safetycenter.org/
https://www.facebook.com/SafetyvilleUSA
http://twitter.com/safetycenterinc

7am Recap:
Shannon Terry and Family continued their studio tour. Mark learned Fire Safety and about the FireFighter Chili Cook Off taking place this Saturday at Safetyville. Julissa continued at Sac Republic FC. Bill Hader talked with Ken and Cody about his new movie Skeleton Twins.

Courtney: 10 Pounds 10 Years
Dress 10 lbs. Lighter/10 Years Younger: Your age and weight are just numbers – it’s easy as 1-2-3 to look leaner, younger, and feel amazing! A shopping expert will show how to shed pounds and years with some thoughtful styling tricks that don’t require you breaking the bank.
http://premiumoutlets.com/
http://www.facebook.com/premiumoutlets
http://twitter.com/premiumoutlets
http://gooddaysacramento.cbslocal.com/video/10593398-10-pounds-and-10-years/

#9amtopic:  How is all the controversy surrounding the NFL affecting you as a fan?

8am Recap:
Cambi was trying juice at Wholehearted Company. Mark continued from Safetyville learning Chili and Fire Safety. The Auction winners got their tour. Courtney was with a fashion expert telling how you can look 10 pounds lighter and 10 years younger by your outfit. Teen’s Tunes was played from 2001. The 9amtopic was introduced. Has all the controversy affected how you feel about the NFL?

Cambi: Continues from Wholehearted Juicing who are giving a one day workshop.

Mark: Ryan Gosling and Eva Mendes welcome a baby girl. Jay Z and Beyonce and crazy in love. Jane Fonda talks about her boobs in This is Where I leave you.
http://gooddaysacramento.cbslocal.com/video/10593719-mark-s-allen-infotainment/

#FinalQuestionoftheDay: What did your coach teach you?

9am Recap:
In this hour the #9amtopic was discussed. Cambi was Juicing. Mark was giving infotainment. Tina was Dishin With Peg’s Ken was giving tips for the perfect suit in Manly Minute. and Tina wants to know what your coach taught you. Oh and Courtney was making us ALL Drool with a Pirate Ship Pool.

Final Recap:
Best of the Rest:
Sac Republic:
Sac Republic play their next playoff game on Saturday. Today Julissa was checking out the clothes and accessories you can buy before the big game plus show the folks of MLS we the city of Sacramento want a Professional team when they come to visit the City later this week. Then in the 7am hour Julissa told more about the
Playoff Sac Republic Block Party September 18 2014 7pm

Skeleton Twins:
Actor Bill Hader joined to talk about the movie he along with Kristin Wig stars in opening September 26.

Auction Winner:
From time to time Organizations hold auctions to take a tour of the Good Day studio Today Terry Shannon and her daughters did just that and Courtney was the tour guide. They even got to see the producer playing Elvis Monopoly.

10 and 10:
Today Courtney talked with a fashion / shopping expert who can make women look 10 pounds lighter and 10 years younger just by the way you dress.

Juicing:
Cambi was at Wholehearted Juicing Company trying out different juice cleanse. Cambi is not big on fruit she has never had an orange and just recently during a live shot at the Peach Fest did she try a peach. The juice she tried she did like.

Dishin At Pegs:
Today’s Dishin With Tina took us to Peg’s Glorified Ham and Eggs in Roseville. Started in Reno this popular breakfast spot has made it’s way to Roseville and today they are this weeks feature on Dishin With Tina. Tune into Good Day Weekend Sunday for next weeks new feature. in the 8am hour.

Daily Joe:
Kobayashi can’t beat Joey Chestnut nor can he beat a hamster in eating hot dogs as revealed on today’s Daily Joe.

Weird:
Today’s News of the Weird saw a job fair for Pot and a Washington city is cracking down on body odor.

Manly Minute:
Today’s Manly Minute had Ken giving 5 ways to a perfect suit. Some of those include Separate pieces, feeling the fabric and lining. For more of the tips see the complete list above.

Tomorrow:
Tune in starting at 430am when the fun continues. Gina from Thrift Town should be in today with another GREAT DIY Project and Doug The Car Czar should be answering viewer car questions. See you at 430am.

What To Look Forward To This Week:Thursday:
Gina from Thrift Town DIY Thrifty Thursday:

Dishin With Tina at…